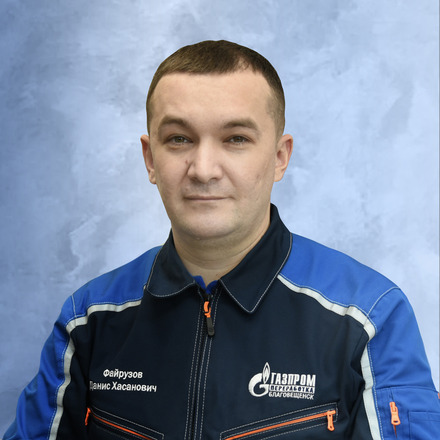 Born in 1983 in Salavat, Republic of Bashkortostan.

In 2006, he graduated with honors from the Ufa State Petroleum Technical University with a degree in Chemical Technology of Natural Energy Carriers and Carbon Materials.

In 2009, he graduated from the l'Institut français du pétrole with a degree in Oil Refining and Petrochemistry.

In 2020, he graduated with honors from the Institute of Additional Professional Education of the Higher School of Economics of the St. Petersburg State University of Economics under the MBA program for management of oil and gas corporations in a global environment.

In July 2006, he was hired as an operator for the bitumen production plant in shop No. 14 of the oil refinery of JSC Salavatnefteorgsintez.

In 2007, he was appointed the head of the bitumen production plant in shop No. 14 of the oil refinery of OJSC Salavatnefteorgsintez.

Since 2009, he became the engineer, lead engineer, chief specialist of the production department of the oil refinery of JSC Salavatnefteorgsintez.

In 2011, he became the head of production of the oil refinery of JSC Salavatnefteorgsintez.

In March 2013, he was appointed the Deputy General Director for Oil Refining of OJSC Gazprom Neftekhim Salavat.

In July 2013, he became the Head of Production at OJSC Gazprom Neftekhim Salavat.

In December 2013, he became the Technical Director at OJSC Gazprom Neftekhim Salavat.

Since December 2020, Mr Fayruzov has been occupying the position of the Chief Engineer, First Deputy Director General of Gazprom Pererabotka Blagoveshchensk LLC.

Member of the Management Board of Gazprom Neftekhim Salavat LLC.
Chairman of the Board of Directors of CJSC Khimsobent.