Amur Gas Processing Plant is the plant of the 21st century!

The Amur Gas Processing Plant (GPP) is being built as part of Gazprom's Eastern Gas Program. The plant will receive multicomponent gas from the Yakutia and Irkutsk gas production centers via the Power of Siberia gas pipeline. Amur GPP will recover ethane, propane, butane, pentane and hexane cut and helium from the natural gas. These are some valuable components for the gas chemical and other industries. Processed gas will be then supplied to China. Gazprom Pererabotka Blagoveshchensk LLC (member of Gazprom Group) is the Investor and Owner of the Amur Gas Processing Plant project. NIPIGAS (member of SIBUR Group) acts as a general contractor and manages the construction of the gas processing plant. 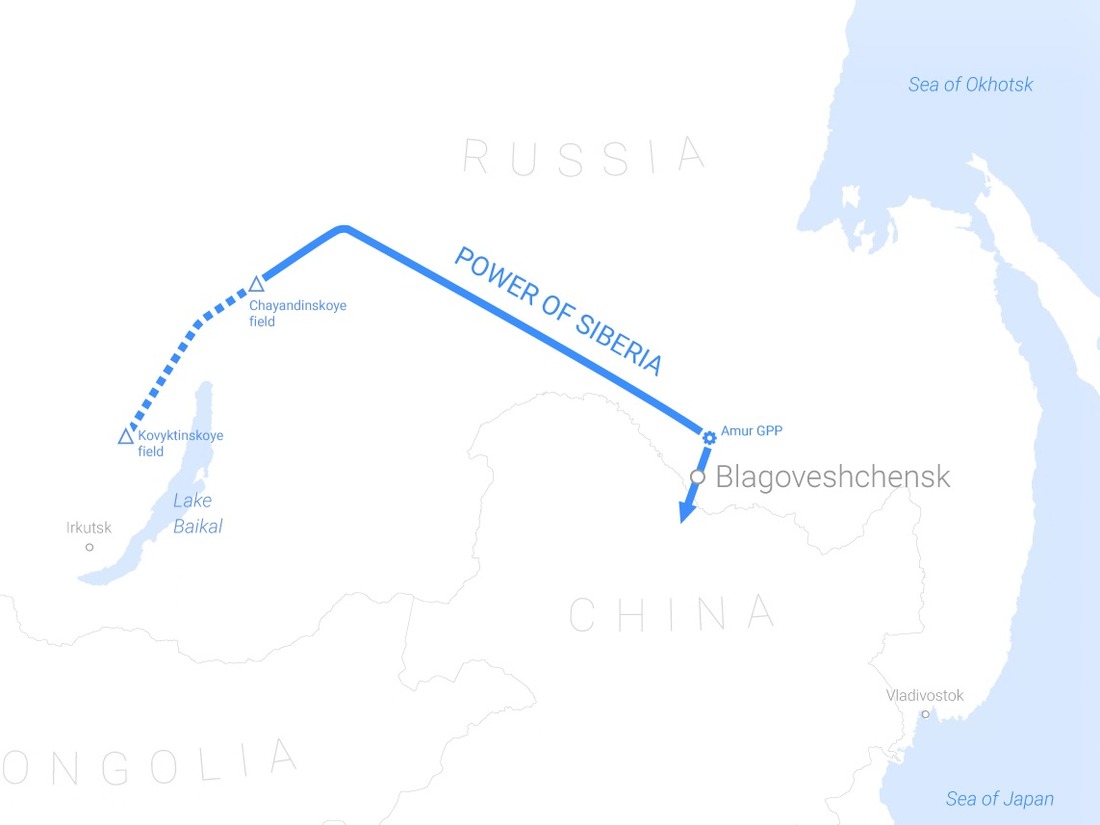 The size of the main construction site of the plant is about 800 hectares, and it could accommodate 1,100 football fields. The total area of all the facilities of the Amur GPP is over 1.8 thousand hectares. 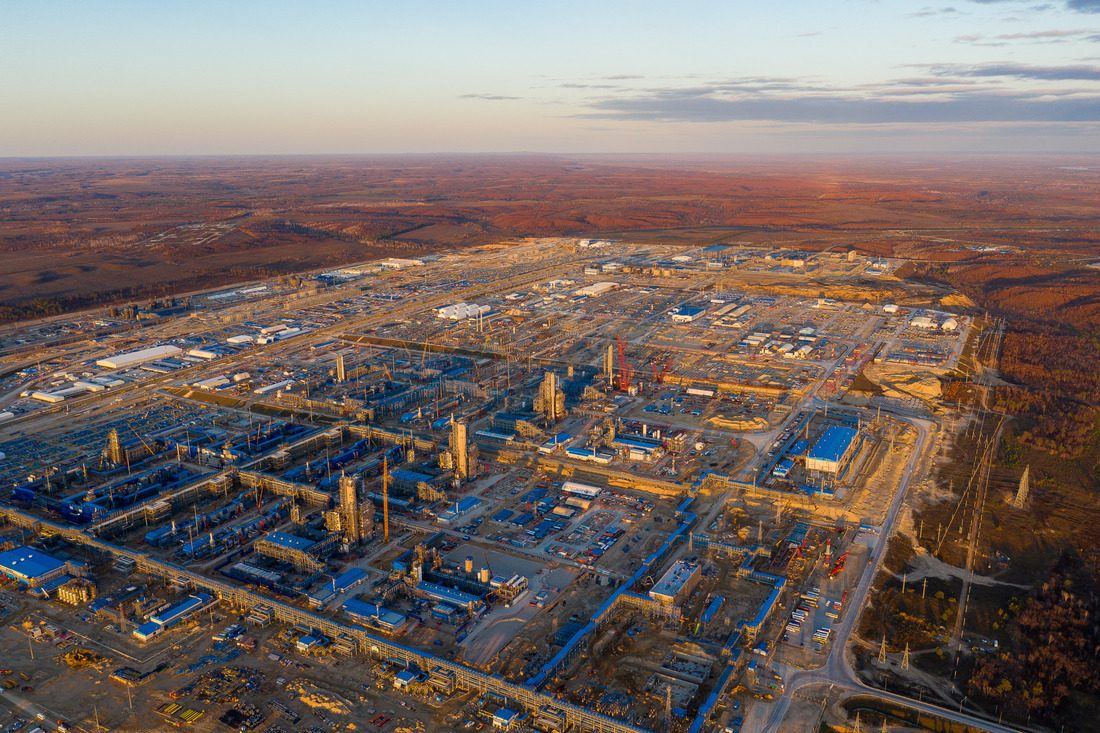 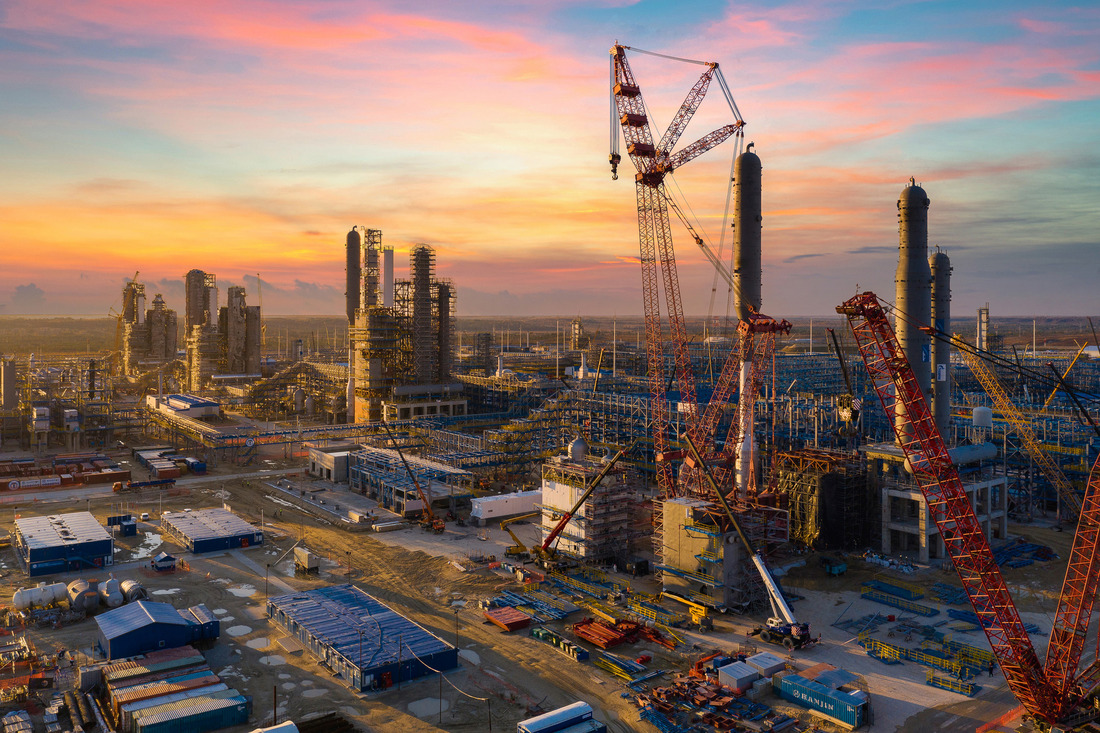 The countries of the Asia-Pacific region are actively interested in the products of the Amur Gas Processing Plant. Commercial gas (38 billion cubic meters of methane fraction) will be supplied to China according to the long-term contract. Logistics services for transporting helium to the ports of Vladivostok and Nakhodka will be provided by Gazprom Gazenergoset Helium LLC (this company is building a logistics service center for helium containers). Ethane, propane, butane and pentane and hexane fraction will be sold as feedstock for further processing to Russian companies of the gas chemical industry, primarily to the gas chemical complex (GCC) which will be built in the Amur region.

In 2021, the first and second process lines for the feed gas (each with a capacity of 7 billion cubic meters) and one helium purification and liquefaction unit with a capacity of 20 million cubic meters of gas per year will be put into operation. The Amur Gas Processing Plant is scheduled to reach its design capacity (six process lines, including three helium liquefaction units) in January 2025. 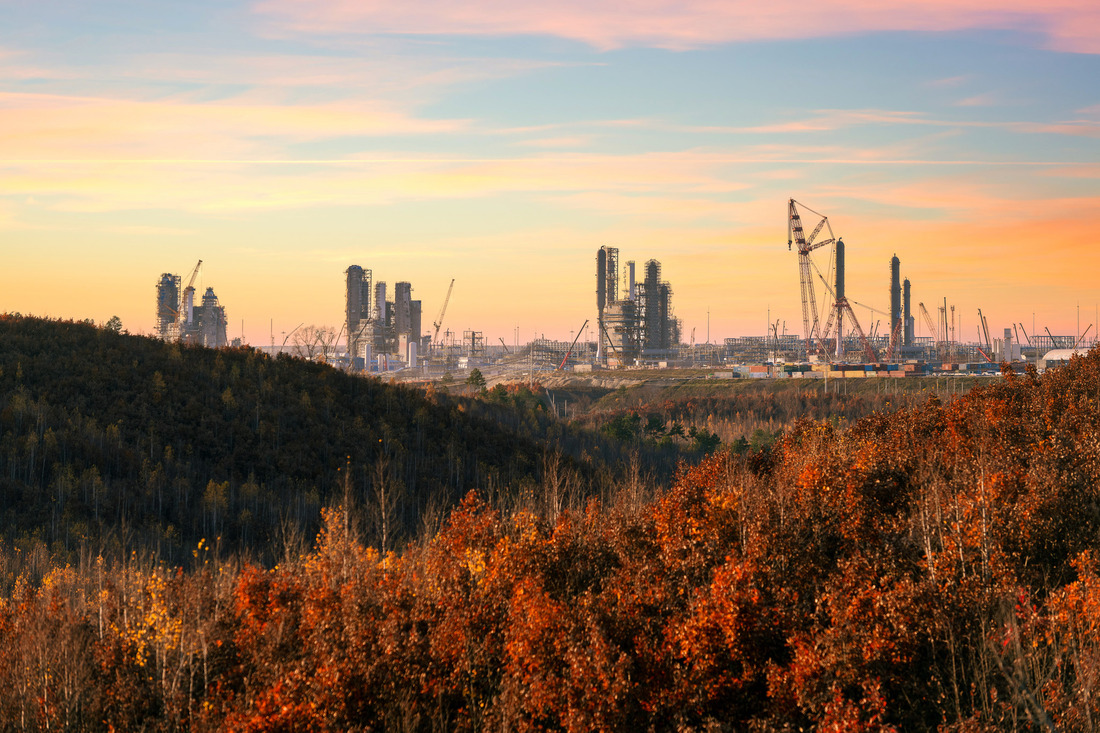 By the time of its commissioning, the company will employ more than 2.5 thousand people: engineers, process staff for processing natural gas, power engineers, technical specialists of the units, workshops, sites, foremen, electricians and other production staff.

Design of the Amur Gas Processing Plant is developed on the basis of the advanced technology in compliance with the environmental law of the Russian Federation and applicable international law. Project documentation provides for the equipping the plant's facilities with automatic control and monitoring systems and treatment facilities. From the first days of its construction, constant environmental monitoring is carried out on the construction site of the Amur Gas Processing Plant and on the boundary of the nearest residential area. Federal State Budgetary Institution «Center for Laboratory Analysis and Technical Measurements in the Far Eastern Federal District» is engaged in sampling operations and study of the samples. Following the permanent environmental monitoring program, proper environmental monitoring stations have been established in the area of the Amur Gas Processing Plant under construction, where the samples of air, precipitation, surface water and bottom sediments, soil, flora and fauna are taken. 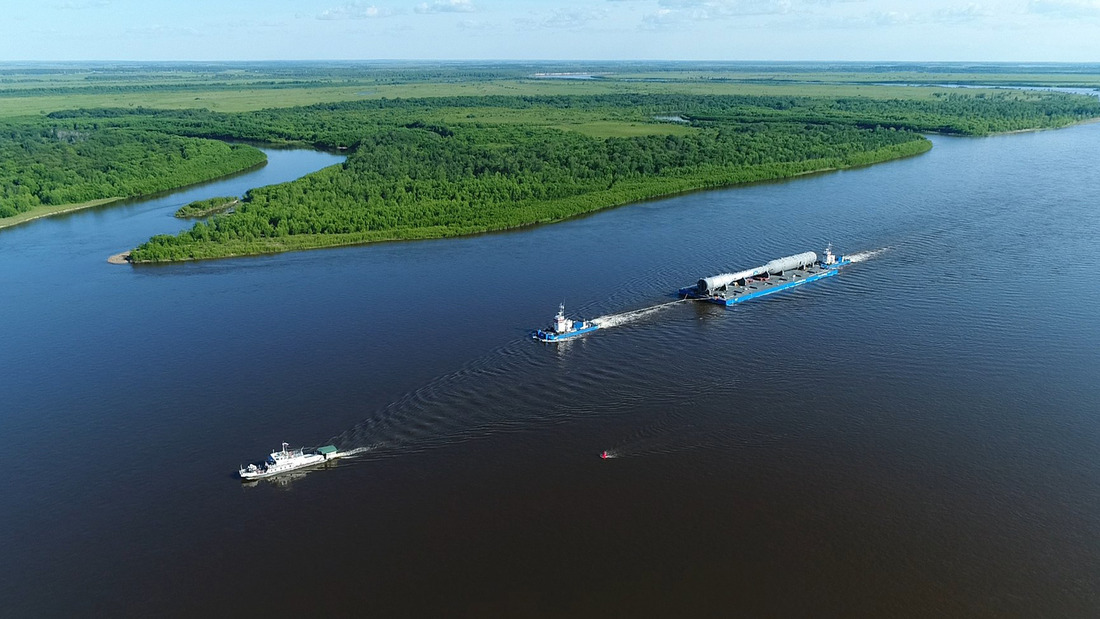 The results of environmental monitoring confirm that the project is being implemented in strict compliance with the environmental law of the Russian Federation.

Construction of a residential district with a general academic school, kindergarten, polyclinic, community center sports complex for the operational personnel of the Amur Gas Processing Plant in Svobodny is underway. In total, 36 townhouses and 42 apartment buildings (with a total of 1,688 apartments) will be built in the new district. All of this is a minimum set of social infrastructure facilities that will allow to fully compete for qualified personnel to ne employed by the Amur Gas Processing Plant. A swimming pool has been built in Svobodny as part of the Gazprom for Children initiative. 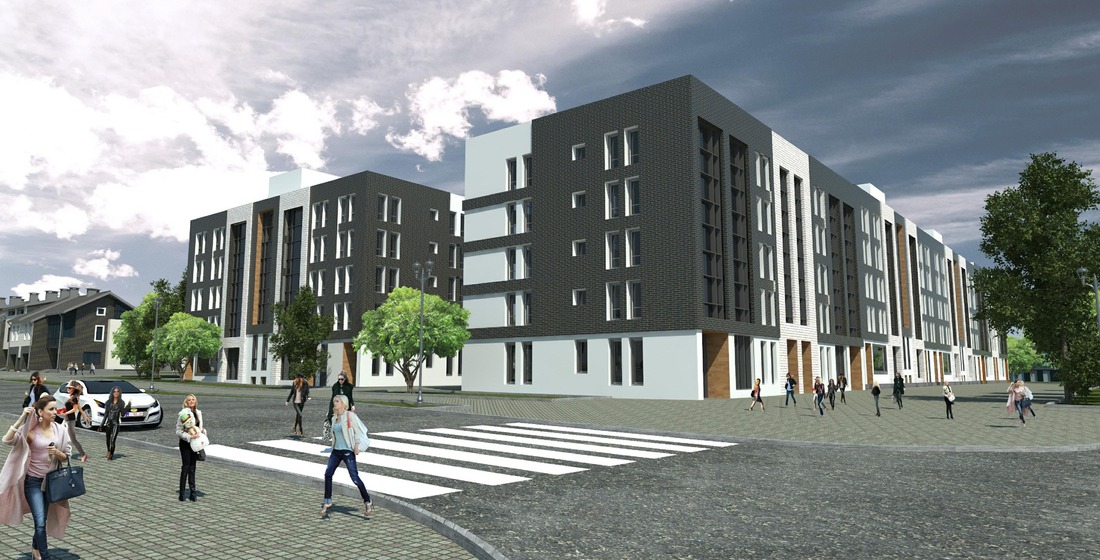 A powerful gas processing and gas chemical cluster is being created in Svobodny, and long value chains are gradually formed on the basis of advanced technologies: from primary processing of gas to production of final products. Amur Gas Processing Plant will become the largest industrial enterprise not only in the Amur Region, but also in the entire Russian Far East. In addition to tax deductions, gasification and jobs, the Amur Region will see the development of the social infrastructure and the entire economy of the region from implementation of the construction projects of the Amur Gas Processing Plant and the Power of Siberia. Amur Region will also be able to participate in the cultural, environmental and social programs of PJSC Gazprom. Plans for construction of the housing and social infrastructure facilities are already being implemented not only in Svobodny, but also in other settlements of the Amur Region.