«The most important thing is the transition of the municipal boiler houses to natural gas in the future. There will be no coal and fuel oil boiler houses in the town of Svobodny. Thus, the environment will change for the better,» said Mr Konstantinov. 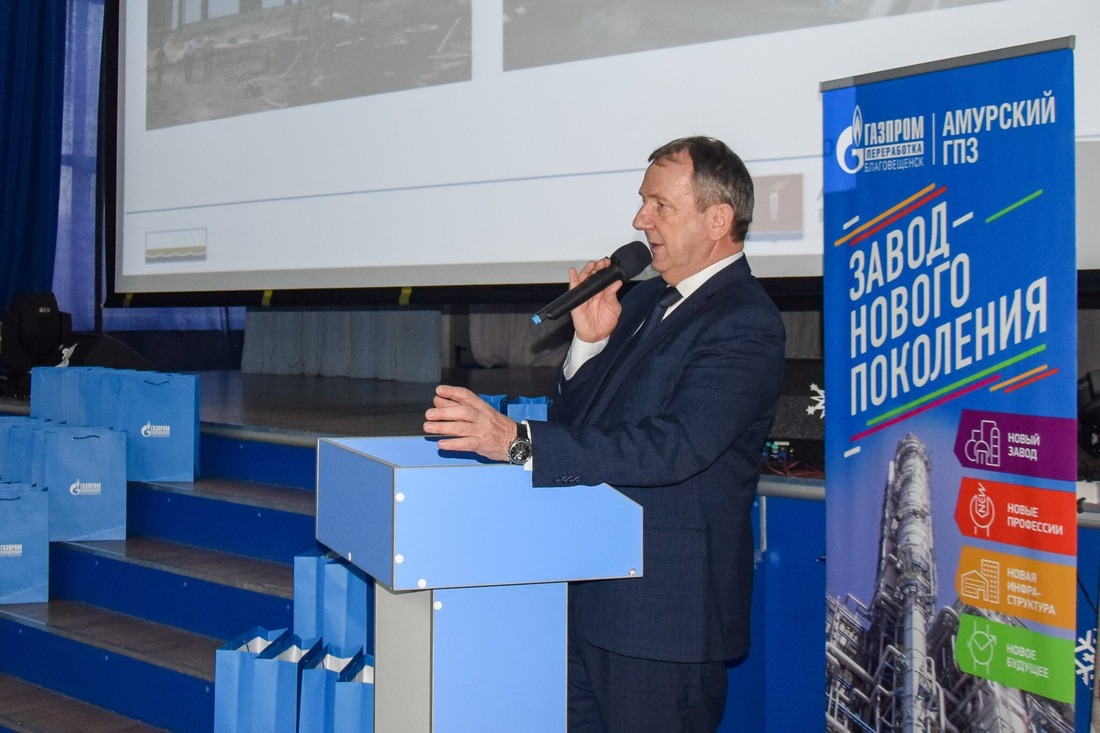 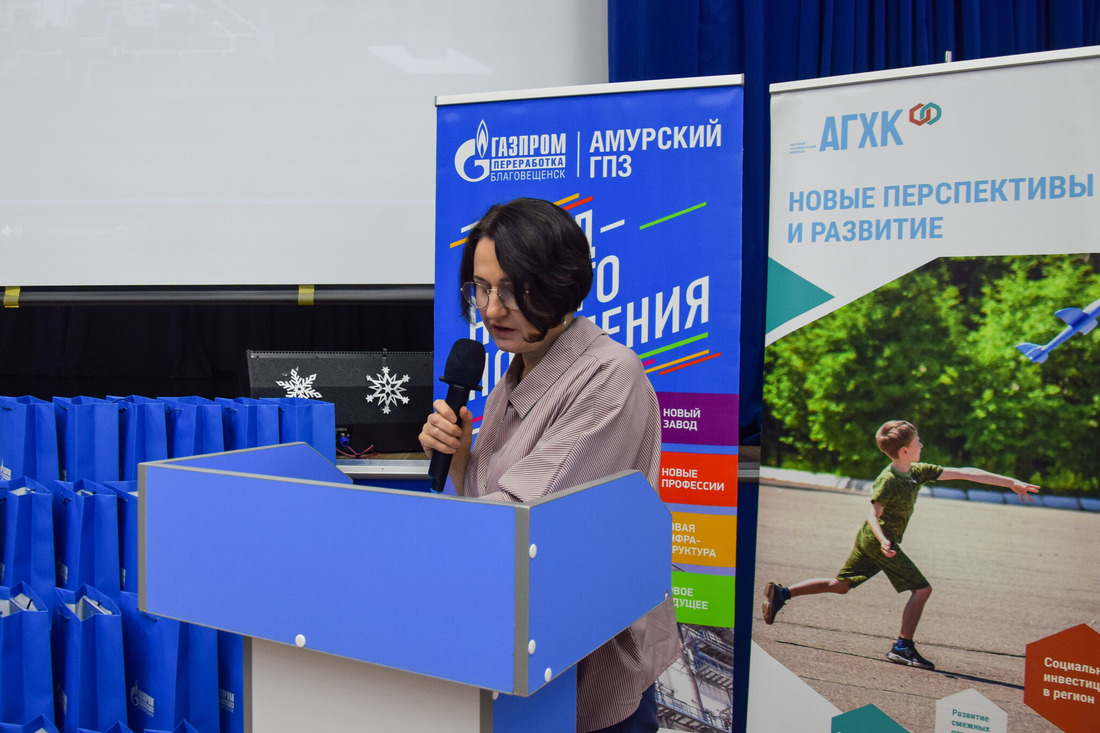 Amur Gas Processing Plant (Amur GPP) owner, invested and operated by Gazprom Pererabotka Blagoveshchensk is one of the main residents of Svobodny Priority Social and Economic Development Area. The project of the largest gas processing facility in Russia has achieved over 87.5% of completion by year's end. A modern district for 5,000 residents with a full-fledged infrastructure is being built for its employees: It includes hospitals for adults and children, a school, a daycare facility, an entertainment center, and an all-purpose sports complex. The fourth batch out of six houses with 195 apartments is being prepared for new residents. 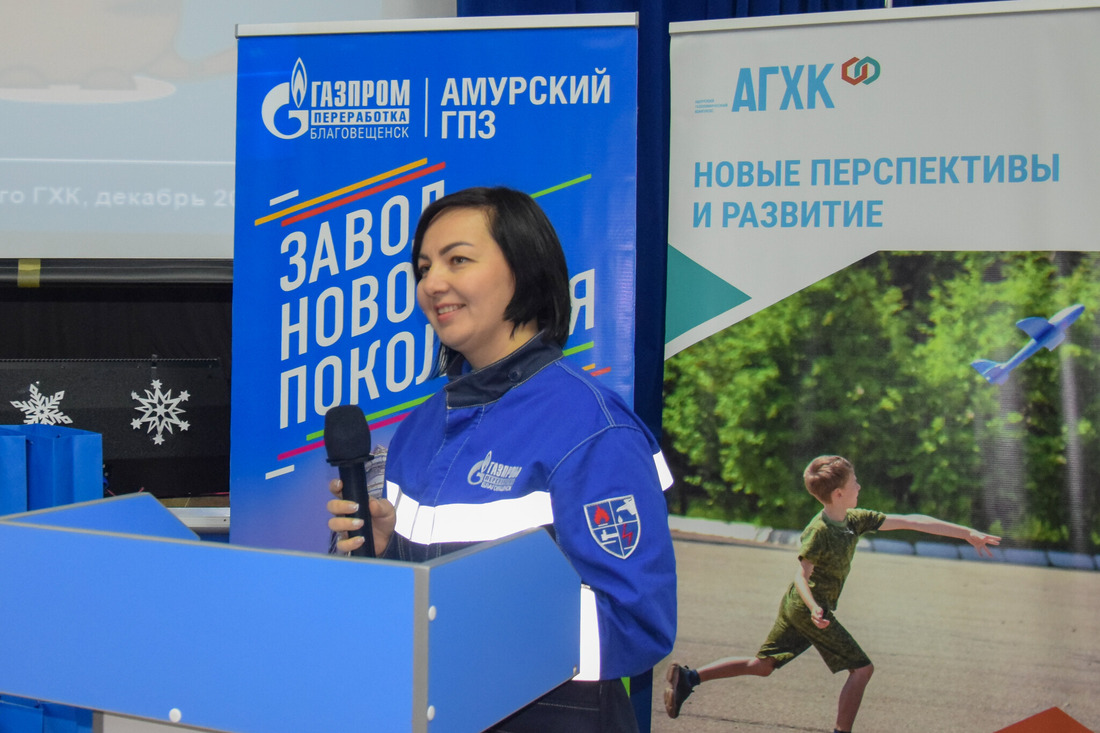 Gazprom Pererabotka Blagoveshchensk is consistently implementing its charity program. Facilities in school1, the Svobodny social shelter for children, and other educational, social and medical organizations and institutions of the town and district are being modernized with the company's assistance. Its employees take part in the volunteer campaigns: they hold events for the residents of the social institutions and children with special needs. A series of interactive lectures called Bezopasnost I Ya (English: Safety and Me), one of the projects beloved by the young citizens, has won a diploma in My Vmeste (English: We Are together) international award in 2022. 34 sports facilities have been implemented in the Amur Region since 2016 under Gazprom Detyam (English: Gazprom for Children) program. 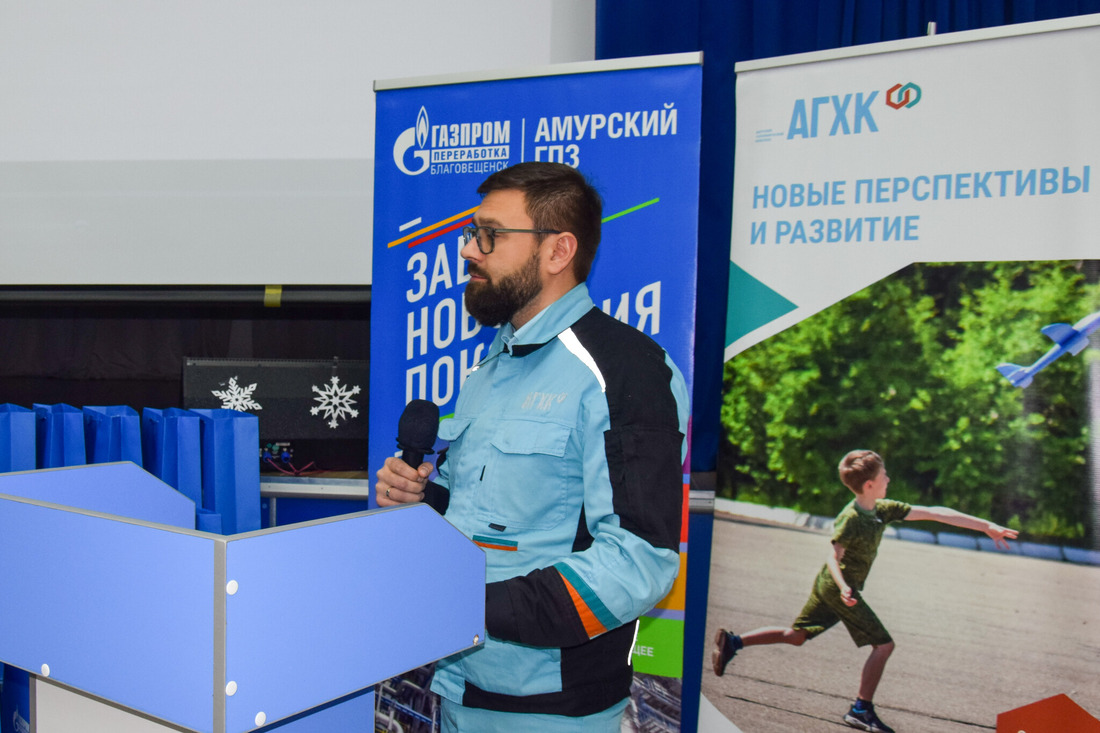 Construction of the Amur Gas Chemical Complex (GCC) has continued in 2022. 186 units of complex pyrolysis equipment were delivered to the project during the summer navigation: this is about 97% of the total amount of equipment. Process equipment, pipeline racks, underground services are being installed at the construction site. The project has also focused on construction of the supporting infrastructure throughout the year, that is, the water and power supply facilities of the future complex. Construction of the following utilities, infrastructure and offsites was also in full swing: warehouses, repair and mechanical shops, sewage and water treatment facilities. 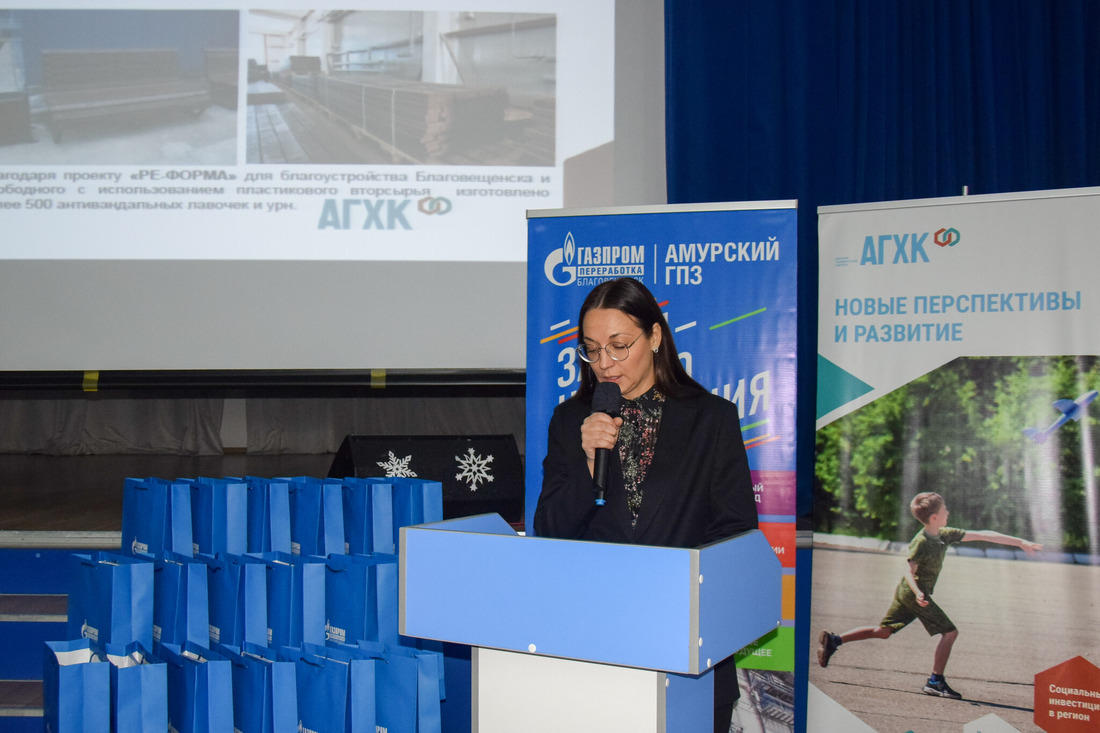 Amur GCC and SIBUR have honored their commitments on all social projects in full in 2022. More than 20 regional and interregional projects were implemented under Formula Khoroshikh Del (English: Formula for Good Deeds) program in Svobodny in the following areas: urban environment development, culture, education, volunteering, sports, inclusion, and environmental protection. Environmental campaigns have taken place, the RE-Forma (English: RE-Form) project for production of landscaping elements from recycled plastic has been launched, 16 thousand young pines have been planted in Svobodnensky district, an ecotrail has been opened in the arboretum of the former forest experiment station in Svobodny, for which the Amur GCC was awarded a letter of gratitude from the Ministry of Education and Science of the Amur Region. New leisure opportunities for children and adolescents are also being created, career guidance for schoolchildren has been organized, and other projects are being implemented in Svobodny with the support of the company. 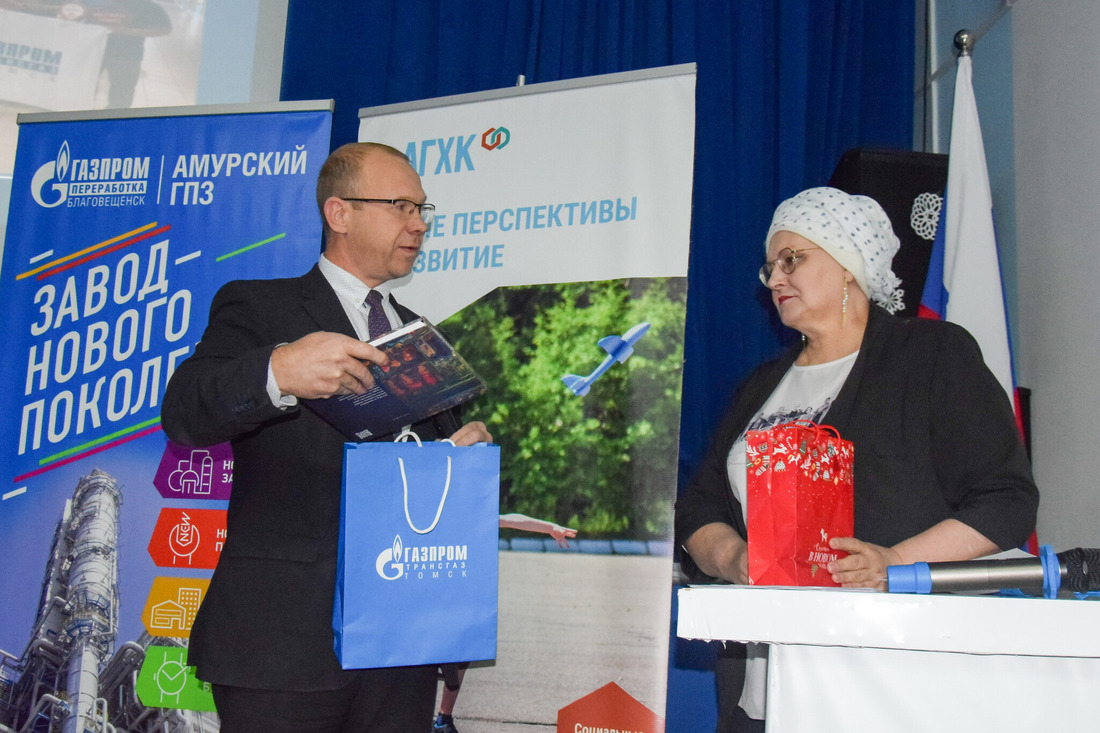 Representatives of the Svobodny branch of Gazprom Transgaz Tomsk also shared their 2022 results at the Amur GPP and Amur GCC Public Council meeting. The company ensures reliable operation of the gas transmission systems in 14 regions of Siberia and the Far East, including the Power of Siberia gas pipeline. Business areas of the Svobodny branch include the Shimanovsky and Svobodnensky districts, the town of Svobodny, and Blagoveshchensk. Svobodny gas distribution station has been put into operation in the village of Novoivanovka in the Svobodnenesky district in 2022. Natural gas has been supplied to the first gas boiler house in the town providing heat and hot water supply to the residents of the Alekseevsky district since March this year. Employees of the branch take part in the public life of the region, support environmental, donor and charity events, assist in development of culture, science, education, and sports every year. 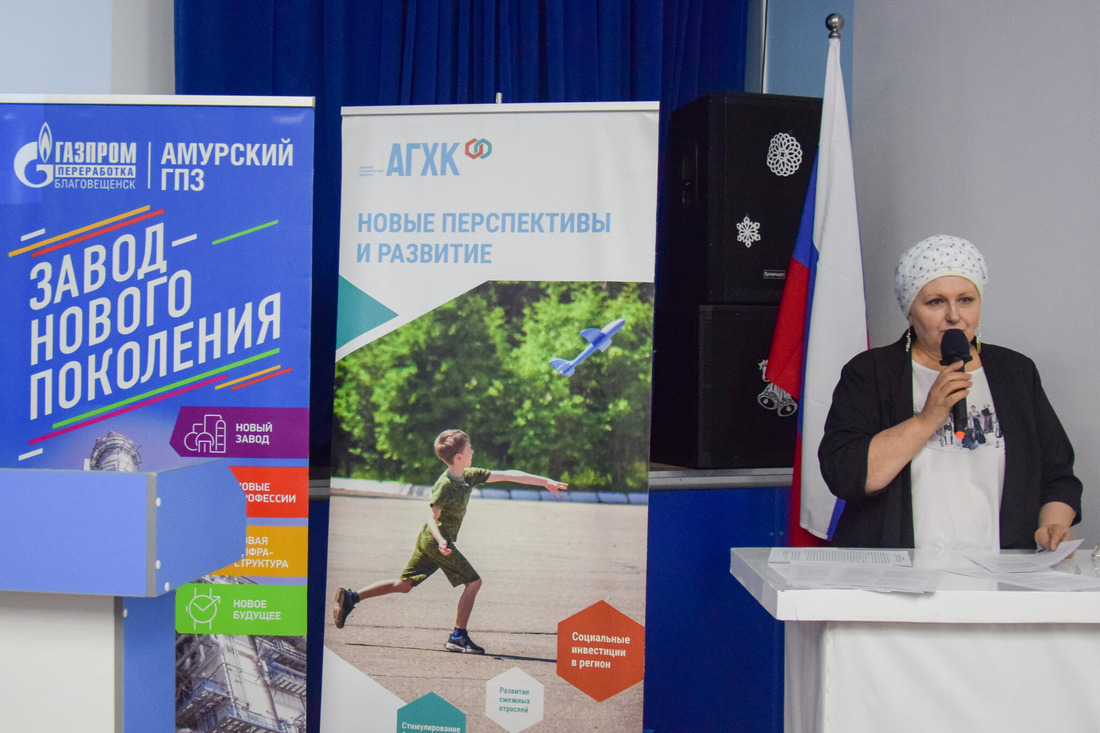 «We have met with the social activists of Naryan-Mar, who are adopting the experience of our Council. They shared their opinion in social networks and wrote the following: public councils are usually created for show, but in Svobodny, it really works.The year was not easy, but very fruitful: for example, 11 campaigns under EkoSvoboda (English: EcoFreedom) project, more than 200 children participating in Bezopasnoye Detstvo (English: Safe Childhood) festival, and much more. I wish all of us to continue the projects we have started and implement new interesting ideas in 2023,» said Galina Tkachenko, Chair of Amur GPP and Amur GCC Public Council.