For many years, PJSC Gazprom-as a global energy company-has confidently followed its mission to reliably and efficiently provide its consumers with energy resources. In the long term, the need for affordable and clean energy will increase along with the development of the global economy. Thanks to the opportunities provided by the use of gas, its role will only increase.

Gas business is the core component of PJSC Gazprom's activities. In 2021, the company achieved record results and strengthened its leadership position in the global energy sector. 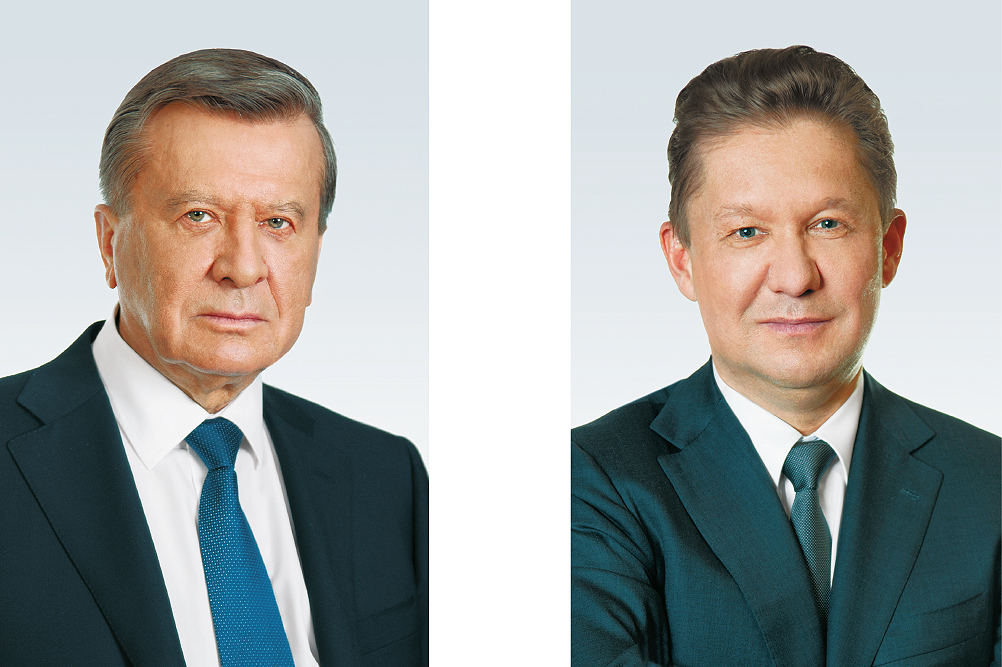 One of Gazprom's key competitive advantages is its ability to dramatically increase production rate. In the reporting year, gas production in Russia was increased by more than 60 billion cubic meters up to about 515 billion cubic meters, which is the best result in the last 13 years. Thus, a third of the increase in the global gas consumption in 2021 was covered by an increase in gas production by Gazprom. Taking into account the market conditions, the Group received the highest financial result in its history.

PJSC Gazprom values its reputation as a reliable supplier. In 2021, the company fulfilled all of its obligations towards its consumers like it always did. In particular, reliable gas supply was ensured to Gazprom's priority domestic market against demand that has increased significantly.

The company continues to build the capabilities of the domestic market. Systematic activities aimed at a comprehensive technically feasible network gasification of the country are underway. 342 more settlements in Russia received gas last year.

Unique experience and competencies, continuous development of the world's largest resources, and a large-scale production complex are the key to meeting the company's current and long-term strategic challenges in a successful way. They are closely linked with increasing the level of technology and introduction of high-tech domestic developments, digitalization of the business processes, and care for a favorable environment.

All of the production targets for 2021 have been achieved. Discovery of new gas reserves exceeded the production volumes again for the seventeenth year in a row. First of all, this increase is associated with the deposits in Yamal gas production center, the main one for Russia in the 21st century. Supporting Bovanenkovskoye field in operation in Yamal has reached a landmark milestone: annual production exceeded 100 billion cubic meters of gas for the first time. Commissioning of a number of new fields, in particular, the Kharasaveyskoye field that is unique in terms of its reserves, is the next stage.

Geographical location of Yamal center makes it possible to arrange for gas flows both in the western and eastern directions. PJSC Gazprom is working on Power of Siberia 2 project in order to use this advantage.
Gazprom's activities in the Russia East gives an incentive for comprehensive use of gas in the East Siberian and Far Eastern regions of the country. Along with this, the company is developing a powerful export channel focused on the most promising foreign-Chinese-market.

In 2021, PJSC Gazprom reached a new height in terms of gas supplies to China via the Eastern route, that is, Power of Siberia gas pipeline, as stipulated in the bilateral long-term contract. Our Chinese partners became convinced of the reliability of the company as a supplier, especially over the last autumn and winter period; a second long-term contract for exports via the Far Eastern route was signed back in early February 2022. Total volume of gas supplies will grow to 48 billion cubic meters annually. Taking into account the Russian Power of Siberia 2 gas pipeline and Soyuz Vostok gas trunk line, its continuation through Mongolia, gas exports to China can be increased by another 50 billion cubic meters per year.

Processing of natural gas components into products that are in demand in the gas chemical and other industries is another important segment of Gazprom's business. Amur Gas Processing Plant was put into operation and construction of the ethane-containing gas processing complex on the Baltic Sea coast began in 2021. These sites are among the largest in the world and the priority one in terms of diversification of the company's business.

Gazprom's oil and electric power activities are actively developing. A significant event in the reporting year was the achievement by PJSC Gazprom Neft of its strategic target in hydrocarbons production: the latter exceeded 100 million tons of oil equivalent. Gazprom Energoholding LLC demonstrated the growth in electricity and heat generation, while the sales of heat energy in the reporting year reaching their record peaks.

PJSC Gazprom will continue to use all capabilities and competitive advantages in order to achieve its goals, while maintaining a high level of social accountability. Gazprom operates in the interests of the well-being of the society and energy security of Russia.

Chairman of PJSC Gazprom Board of Directors
Viktor Zubkov