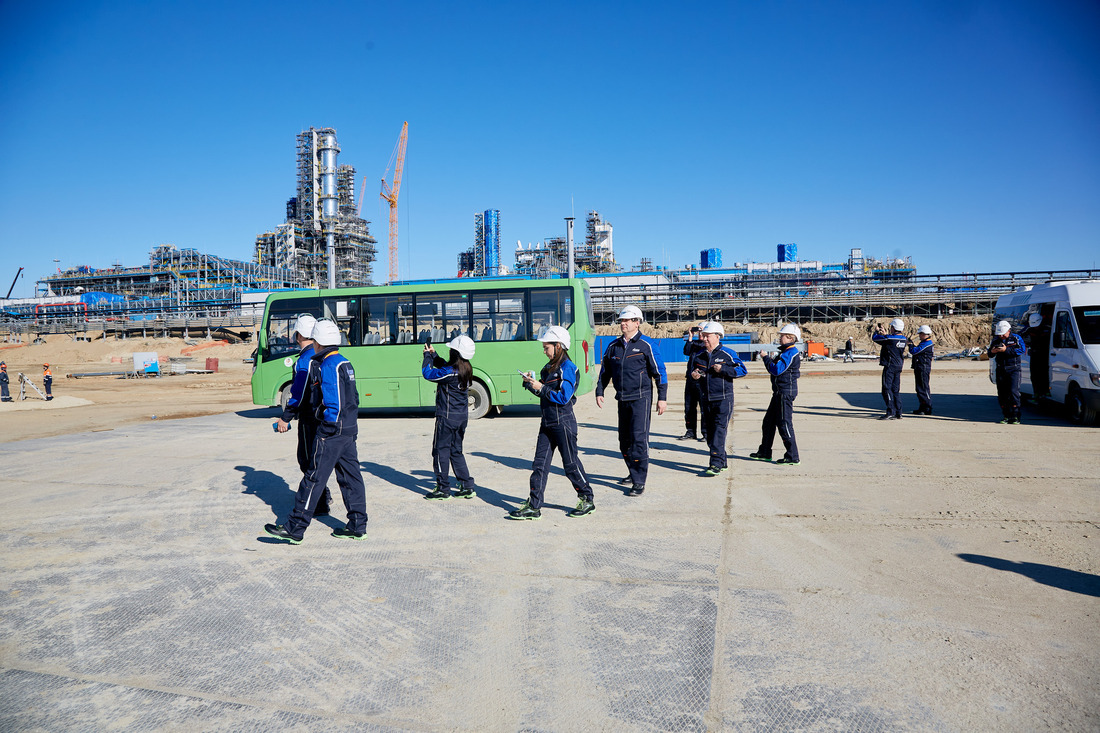 Delegation members noted that the Amur Gas Processing Plant is of global importance for the economy of the region, entire Russia, as well as international markets, since the plant will become the largest helium producer in the world. 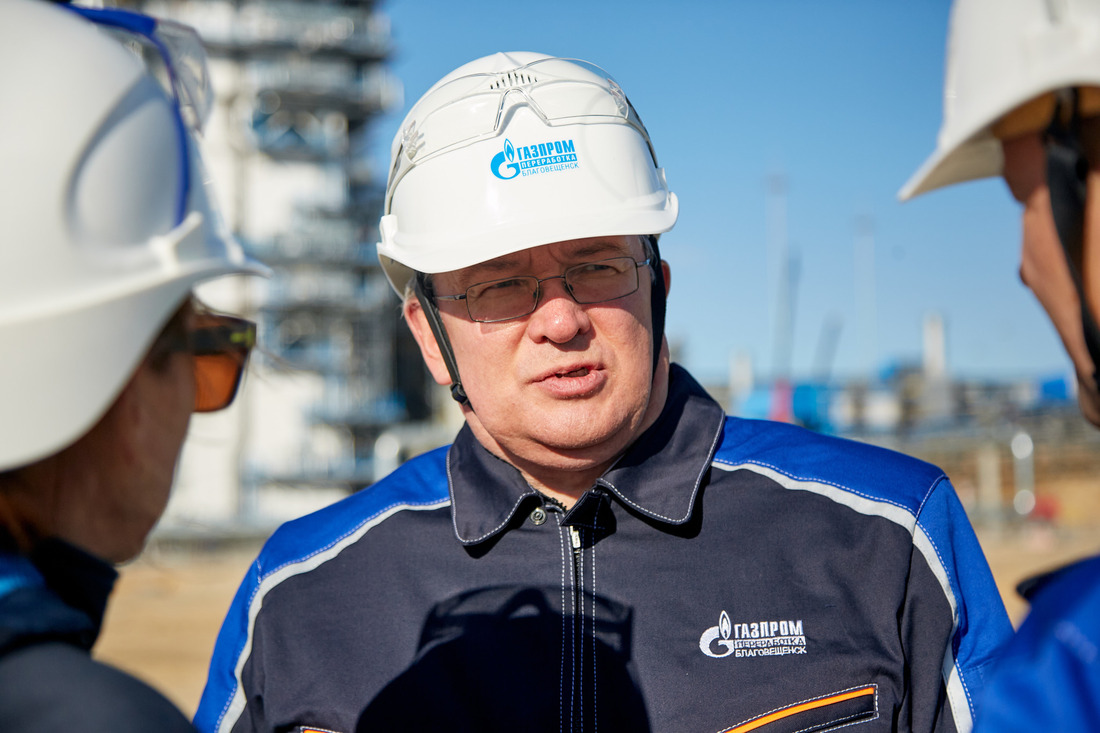 Dmitry Kurochkin, Vice-President of the Chamber of Commerce and Industry of the Russian Federation.

«Amur Gas Processing Plant will become the center of attraction for industries and areas related to investment and innovation. This project is a new dawn for science and technology. Despite the coronavirus pandemic, the project management maintains close cooperation with German, Italian, Japanese, and South Korean partners. We have seen how complex issues are being resolved, which requires high professionalism, competence, great energy, and humanity,» said Dmitry Kurochkin, Vice President of the Chamber of Commerce and Industry of the Russian Federation. 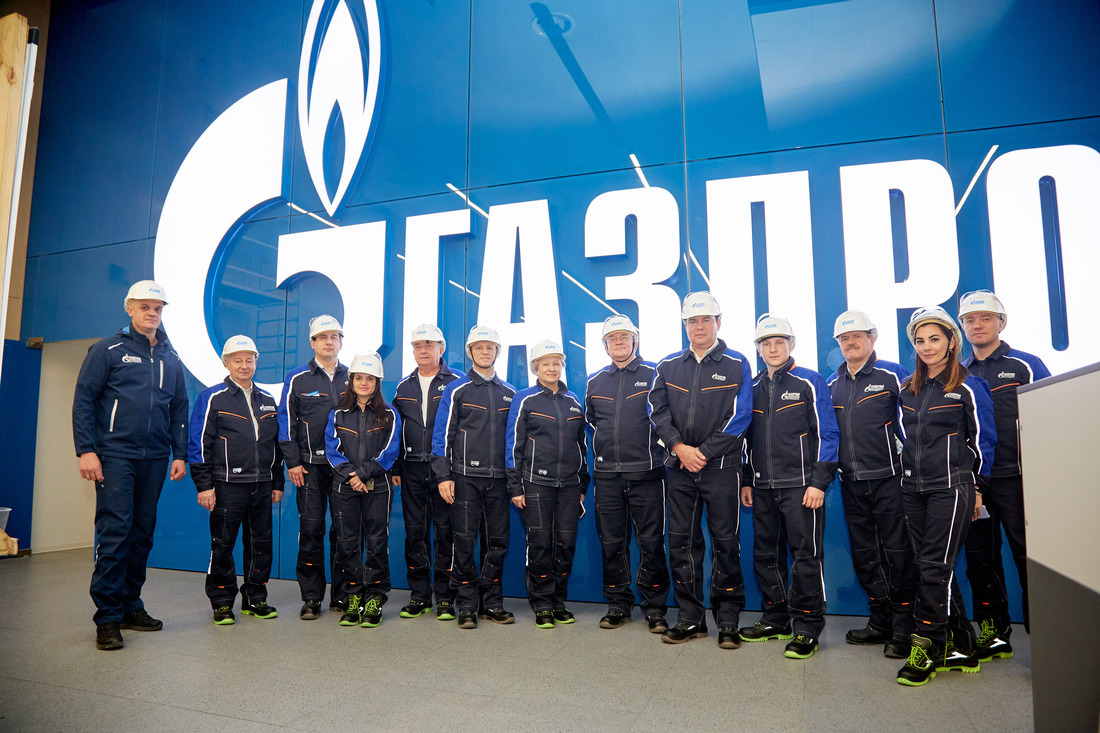 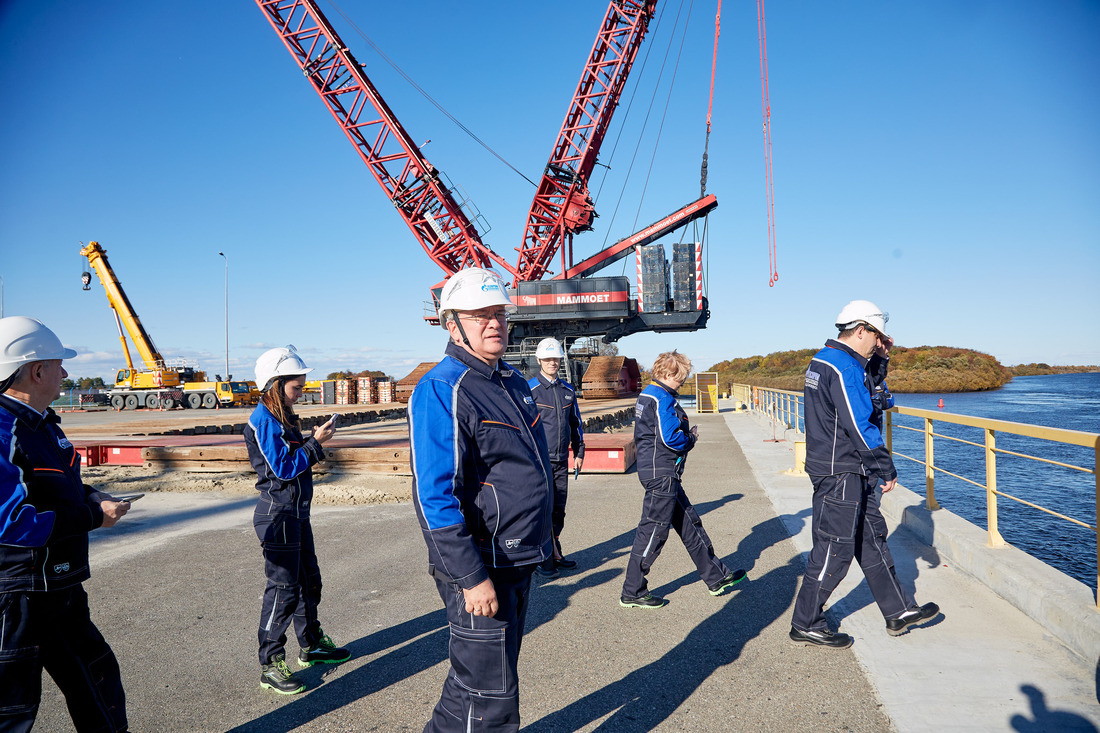 Temporary jetty of the Amur Gas Processing Plant on the Zeya River.

Construction of the Amur Gas Processing Plant in the area of Svobodny town, Amur Region, is has been underway since October 2015 and was commenced as part of the Eastern Gas Program of PJSC Gazprom. Its design processing capacity amounts to 42 billion cubic meters of natural gas annually. Amur GPP will annually produce around 38 billion of cubic meters of purified methane fraction for supply to China on basis of a long-term contract, 2.4 million tons of ethane, 1.5 million tons of liquefied petroleum gas (LPG), and 200 thousand tons of pentane and hexane fraction. One of the main products of the Amur GPP is helium. Helium is extremely demanded by high-tech industries. Amur GPP is going to be the world's leader of helium production with its annual capacity of 60 million cubic meters of helium.

The Amur GPP project includes six process trains with annual capacity of 7 billion cubic meters each and three helium purification and liquefaction plants with capacity of 20 million cubic meters each. To date, the first two lines of the plant have been put into operation, as well as the first helium purification, liquefaction and packaging plant. Shipment of helium from the Amur Gas Processing Plant to the world's largest helium hub in Vladivostok commenced. Phased startup of other lines of Amur GPP is aligned with development of PJSC Gazprom capacities in Yakutia and Irkutsk Region.