September 3, 2021 13:58Solemn ceremony of commissioning the world's largest logistics center for servicing helium containers (hub) for transportation of liquid helium to the world market has taken place in a teleconference mode today. The event was attended by the President of the Russian Federation, Vladimir Putin, and Chairman of the Management Committee of PJSC Gazprom, Alexey Miller. 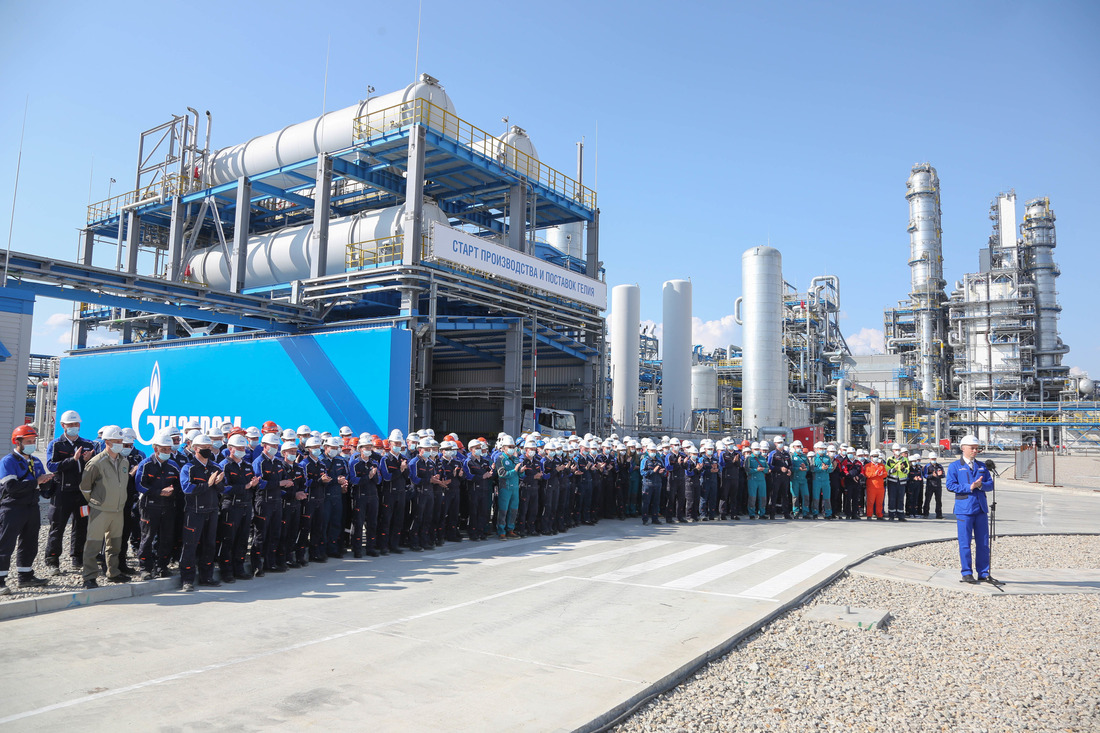 First of three helium extraction, liquefaction and loading units commenced their operation at the Amur Gas Processing Plant. The plant's capacity is 20 million cubic meters of helium per year. The launch of the logistics center is synchronized with a consistent increase in the capacity of the Amur Gas Processing Plant. Second process line of the plant was also put into operation the day before (there will be six units in total).
After the Amur Gas Processing Plant reaches its design capacity, 60 million cubic meters of helium will be produced here annually: the plant is the world leader in this capacity.
Spiral heat exchangers are used in the helium process. Their production was first mastered in Russia at a machine-building site in St. Petersburg. 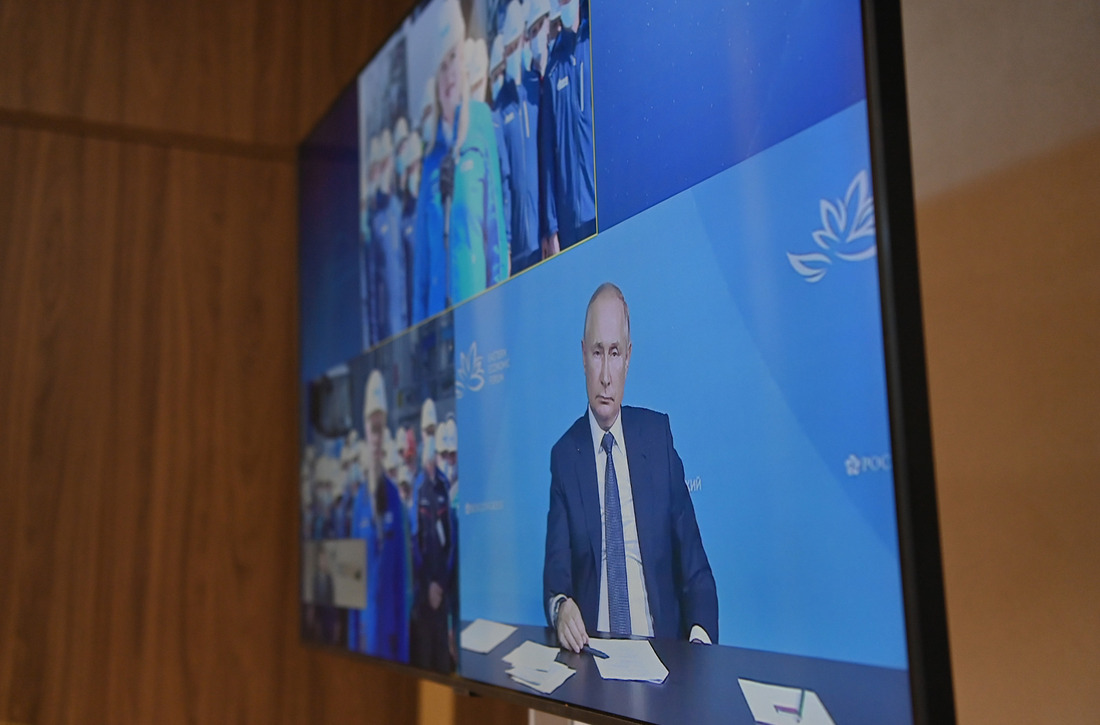 President of the Russian Federation Vladimir Putin took part in the event in the teleconference mode.

Helium is in demand in high-tech industries: the demand for it is only growing, primarily in the countries of the Asia-Pacific region. 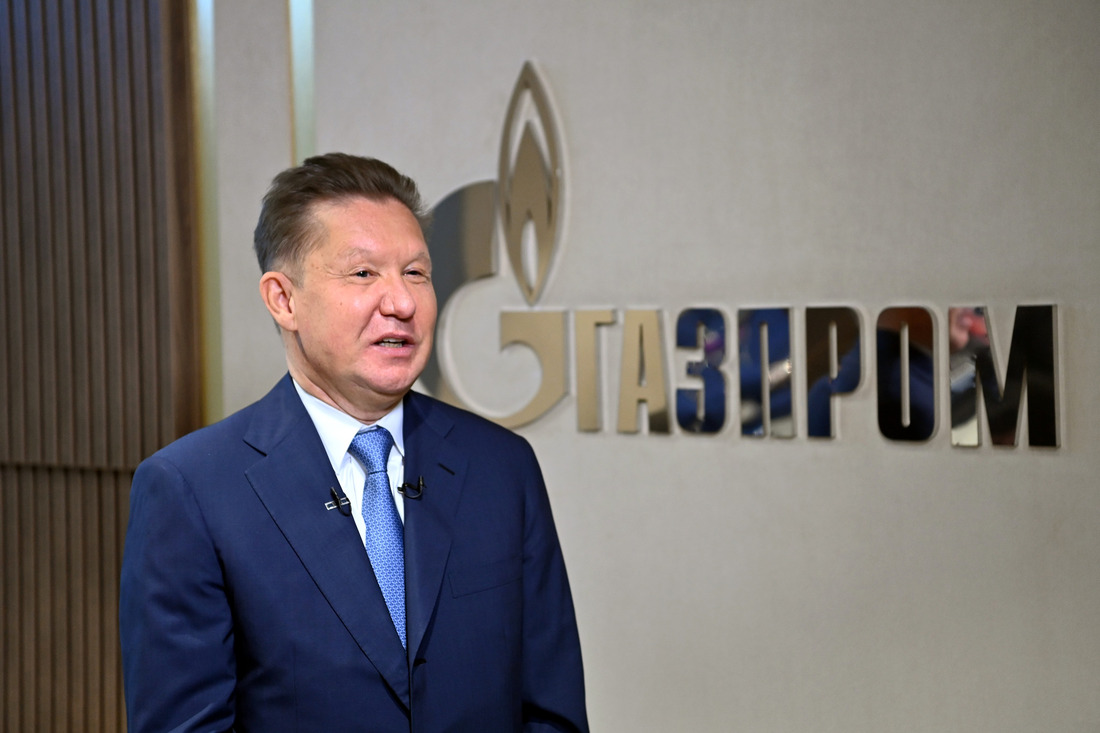 Chairman of the Management Board of PJSC Gazprom Alexey Miller took part in the event in the teleconference mode.

The helium hub is located on the territory of Nadezhdinskaya Priority Development Area in Primorye close to the seaports. It is a key link in the logistics supply chain of commercial helium from the Amur Gas Processing Plant (GPP). The purpose of the hub is to service the containers sent to GPP for filling, to organize logistics, to receive them, to weigh and prepare iso-containers arriving from Amur GPP for further loading on sea vessels. Design of the containers allows to maintain a temperature of —269°C to keep helium in a liquefied state. 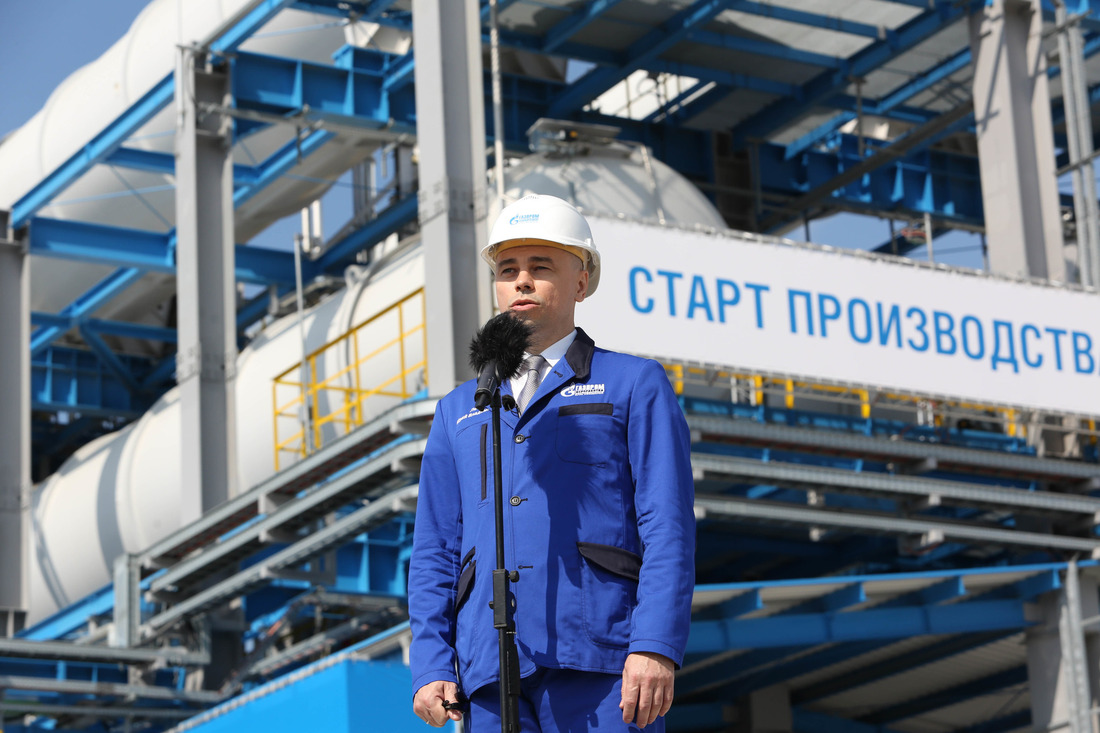 Transportation of containers is provided by the in-house fleet of Gazprom Helium Service LLC, operator of the helium hub. KAMAZ-5490 Neo freight trucks custom made to Gazprom's order are equipped with an air suspension system that provides the required conditions for safe transportation of helium. The vehicles use eco-friendly motor fuel: liquefied natural gas. It is produced directly at the hub site.

«Capacity of the hub will reach more than four thousand operations with iso-containers per year. This is an unprecedented amount, since there are only two thousand cryogenic iso-containers in the world which transport all the helium produced in the world together at the moment. Starting from today, the entire process chain from production of helium at the Amur Gas Processing Plant to its delivery to the consumers is in operation,» says Alexey Miller. 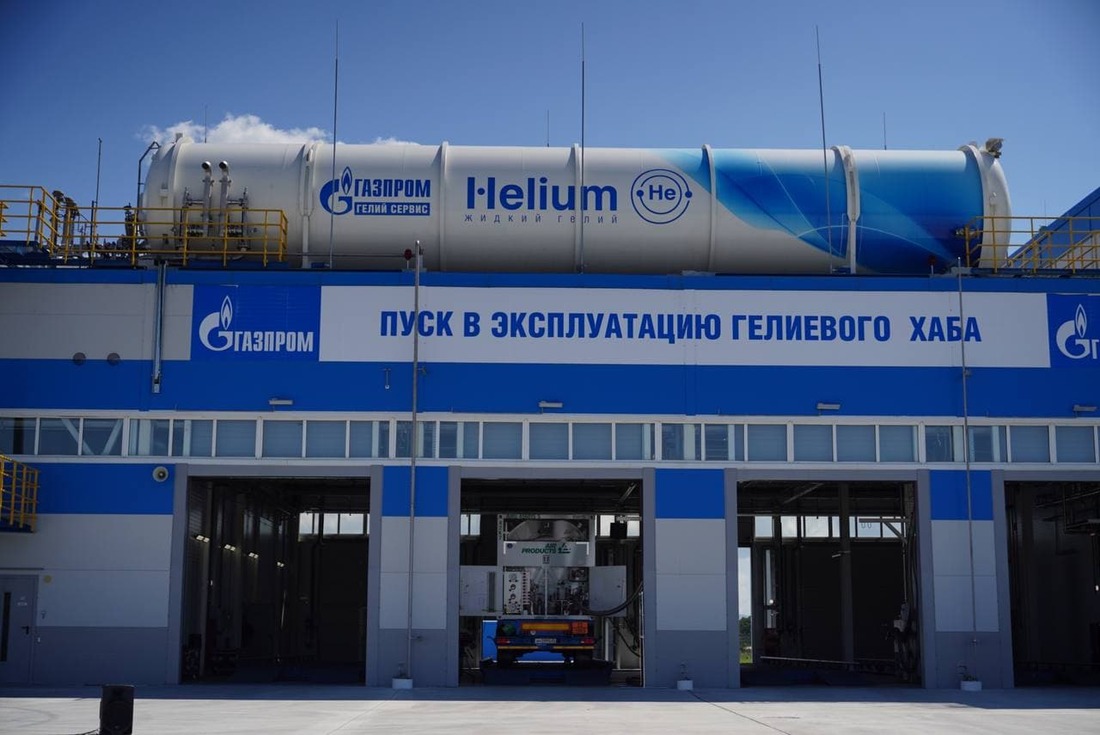 The helium hub is located on the territory of Nadezhdinskaya Priority Development Area in Primorye close to the seaports.

Amur Gas Processing Plant, one of the largest in the world, is being built in the area of Svobodny in Amur region. The plant receives multicomponent gas from Chayanda field (Yakutia) via Power of Siberia gas pipeline; in the future, gas will also come from Kovykta field (Irkutsk region). Its design capacity will be 42 BCMA of gas.

Solemn ceremony was held to launch the first process line of the Amur Gas Processing Plant on June 9, 2021, with the participation of the President of the Russian Federation Vladimir Putin. Implementation of such a large-scale project in the field of processing is one-of-a-kind in the history of the Russian gas industry. GPP will reach its full design capacity in 2025.
The products of Amur GPP are commercial gas (methane) and other components in demand in the gas chemical and other industries, and they are produced from commercial gas. Due to the use of the state-of-the-art equipment and advanced cryogenic processes, the plant will be able to produce-upon reaching its full capacity-around 2.4 mln tons of ethane, 1.5 mln tons of LPG, and 200 thousand tons of pentane and hexane fraction annually. The main consumer of ethane and LPG from the Amur GPP is going to be Amur Gas Chemical Complex (joint SIBUR and China's Sinopec project).

Gazprom Pererabotka Blagoveshchensk LLC (member of Gazprom Group) is the investor, the owner and the operator of Amur GPP. Construction is managed by JSC NIPIGAS.